One of Wall Street’s most talked-about trends is the wave of special-purpose acquisition companies, or SPACs, that have launched IPOs at such a torrid pace that they’re on track to raise more than triple last year’s totals.

One-hundred and twelve SPACs, aka “blank-check firms,” have raised more than $40 billion so far this year — compared to 59 last year that raised less than $14 billion — according to the website SPAC Research. There are now 183 shell companies with $57 billion to spend on bringing other companies public, the data provider said.

More than the money is that the vehicles are now seen as a viable alternative for companies looking to go public in a way that they haven’t ever been before. Famed Silicon Valley investor Bill Gurley, an outspoken proponent for rethinking the traditional IPO process, lent his support to SPACs in a recent blog post touting their benefits for certain companies.

The companies, which initially have no revenue or operating assets, raise money from investors by selling shares, typically for $10. They then put that money into a trust until it’s time to buy another company.

READ MORE: SoftBank-backed Opendoor lost $339 million in 2019. Here’s how it’s pitching a path to profits as it gears up to go public via a SPAC.

The development of the SPAC market over the past few years is often credited to the sponsors of the vehicles, the people who launch them in return for a stake in the merged company once the SPAC has found a willing seller.

But there’s also an entire ecosystem of advisors, salespeople, and lawyers increasingly pitching blank-check companies to investment platforms and wealthy people. Asset managers like Fidelity, T. Rowe Price, and Capital Research are also increasingly participating in the market, lending an additional aura of respectability to what had once been considered a back corner of the financial markets.

As the market has gained more respectability, the names of the players driving its growth have changed. Business Insider spoke with industry insiders to come up with a list of the current market’s most influential legal advisers.

The SPAC space wouldn’t have developed into what it is today without the work of lawyers who’ve been at the head of table for some of the market’s most important innovations.

One change that opened up the market nearly a decade ago was separating the redemption process from the shareholder vote on approving the merger. Another key area mentioned by those Business Insider spoke with has been around the private investment in public equities, or PIPE, investments that help cement the merger.

As SPACs have gone more mainstream, they’ve attracted some of the larger, diversified, well-known law firms.

Among the most savvy of the newer entrants, according to people Business Insider spoke with, Davis Polk has gone from doing a couple of SPAC offerings a year to representing underwriters on over a dozen IPOs — and at least one issuer, VG Acquisition, that filed for a $400 million offering on September 16.

The firm’s practice is led by Derek Dostal. A banker who’s worked with Dostal said he’s likely the “most thoughtful” lawyer out there because “he thinks about the product.”

The firm primarily advises underwriters, handling $7.5 billion worth of deals so far in 2020. Those include vehicles sponsored by Bill Foley, former Blackstone exec Chinh Chu, and True Wind Capital. 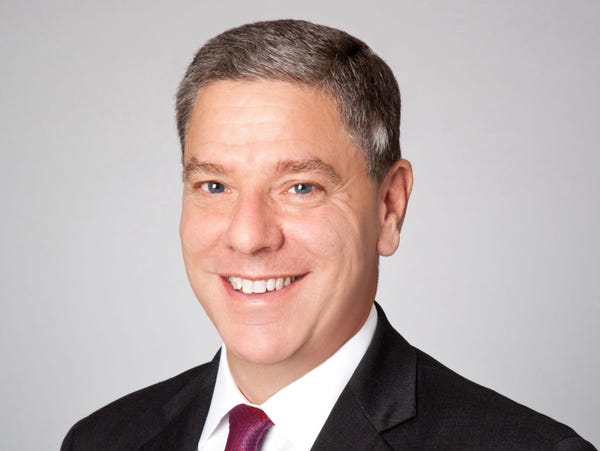 Even as SPACs grow in popularity and acceptance, some of the original law firms are hanging on. One of those is EGS, a longtime player in the SPAC market after setting out to develop a focus on the space.

Led by Doug Ellenoff, the firm has done hundreds of IPOs, including recent representations of underwriters such as FTAC Olympus Acquisition, which raised $750 million, and sustainability-focused Northern Genesis Acquisition.

Greenberg Traurig, too, has a long history in SPACs. Alan Annex, who cochairs the firm’s corporate practice, highlighted its role in the development of the “Crescent term,” a warrant price-adjustment provision that is now common. The firm also worked on the Prisa transaction in 2010, which decoupled a shareholder’s ability to vote on a proposed merger from the ability to cash in one’s shares, known as the redemption, which reduced the risk of a merger being rejected.

“There are a lot of regulatory things around the SPAC that will change from time to time, but there’s also been changes to the product,” he said.

Greenberg has worked on at least seven SPAC offerings this year, according to SPAC Research. Major M&A mandates include representing Nebula Acquisition in its tie-up with financial risk analytics company Open Lending and helping VectoIQ, which also tapped Greenberg for its IPO, strike a deal to take the electric-truck company Nikola public.

That deal is now facing scrutiny as the Securities and Exchange Commission and the Department of Justice are reportedly investigating fraud claims raised by a short seller.

On Sept. 23, Greenberg represented United Wholesale Mortgage in a merger with a $425 million SPAC that included a record valuation for a SPAC target of over $16 billion, according to an announcement.

Another latecomer that’s making up ground is Ropes & Gray, the Boston-based law firm founded in 1865. The firm has been working on an increasing number of deals lately for both underwriters and issuers, with one banker saying his team “loved the way they were thinking about M&A.” Paul Tropp, who joined the firm from Freshfields in 2018, co-chairs its capital markets practice and acts as the face of the SPAC practice.

The firm has represented underwriters on more than a dozen transactions this year, including Ackman’s $4 billion Pershing Square Tontine Holdings, and issuers including Dragoneer Growth Opportunities Corp, a SPAC backed by the Silicon Valley investment firm of the same name.

Few law firms are as white-shoe as Skadden, which has become a frequent presence in both IPOs and mergers. Noel, a leading partner in its capital markets practice, has helped the firm work on more than two dozen IPOs so far in 2020, representing underwriters in at least 16 of them and issuers on at least 10. Two of them raised more than $800 million: Cohn Robbins Holding, backed by former Trump advisor Gary Cohn, and CC Neuberger Principal Holdings II, sponsored by former Blackstone executive Chinh Chu.

“We were working with the investment banks early on, when the product started migrating from the smaller I-banks up to the bulge bracket,” said Noel, who worked on his first SPAC in 2006.

When capital markets partners Joel Rubinstein, Jonathan Rochwarger, and Elliott Smith moved to White & Case from Winston & Strawn this summer, it was the talk of some SPAC circles.

Rubinstein “is the most sought-after man in the SPAC business,” according to Niccolo De Masi, who said the lawyer has played a critical role in the structuring of PIPE deals that are attracting some of the world’s largest asset managers.

Since arriving at White & Case, Rubinstein and his team have stayed busy on SPAC IPOs, with one industry source saying their team is seeking to add associates to deal with the workflow. They have continued to represent the big banks, representing the underwriters for the Churchill Capital entities backed by investment banker Michael Klein, and Goldman Sachs on the $500 million IPO of Cardinale’s sports-oriented RedBall Acquisition Corp.

They’ve represented SPACs run by entertainment execs Harry Sloan and Jeff Sagansky, helping their SPAC Diamond Eagle Acquisition Corp. go public and then representing it in its acquisition of DraftKings and SBTech. In June, they helped the company, now called DraftKings, sell even more shares.

They also represented Sloan and Sagansky on another SPAC, Flying Eagle Acquisition Corp., working on both its IPO and its move to take mobile gaming company Skillz public.